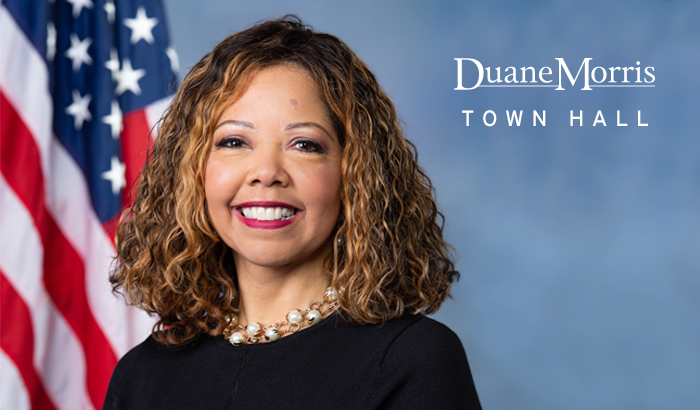 Register for the Juneteenth Zoom meeting

Representative McBath is a mom, a wife, an author and an advocate.

On Black Friday in 2012, McBath’s son, Jordan Davis, was sitting in the back seat of a friend’s car at a gas station. A man pulled up next to them, complaining about the “loud music” they were playing. The man pulled out a gun and fired 10 shots into the car, hitting Jordan three times and killing him.

After Jordan’s death, McBath dedicated her life to preventing other families from experiencing the same pain she did. McBath left her 30-year career as a flight attendant at Delta Airlines to become the national spokesperson and faith and outreach leader for Everytown for Gun Safety and Moms Demand Action for Gun Sense in America.

In 2017, after the mass shooting that killed 17 high schoolers at Stoneman Douglas High School in Parkland, Florida, McBath knew she had to stand up and run for Congress. Since taking her oath of office in January 2019, McBath has sought bipartisan solutions to end gun violence, uplift small business and our economy, protect and serve our nation’s veterans and lower the cost of healthcare and prescription drugs.

McBath is the author of “Standing Our Ground: A Mother's Story.”