Last year, Duane Morris had the honor of hosting civil rights icon Fred Gray, who shared inspiring stories of being the attorney who represented Martin Luther King Jr., Rosa Parks and others in some of the most consequential cases in the civil rights movement.

Growing up in the segregated South, Gray made a commitment to himself that he would “finish Alabama State, take the bar exam and destroy everything segregated I could find.”

Only months after being admitted to the bar, Gray’s first case was representing Claudette Colvin, who was arrested on March 2, 1955, in Montgomery, Alabama, for refusing to forfeit her seat for a white rider while on her way to school. While unsurprisingly losing that case (young Colvin was put on unsupervised probation), Gray kept all of the court documents, knowing that another opportunity would come.

After much discussion and strategizing in the community, Gray’s friend Rosa Parks famously refused to give up her bus seat to a white rider on December 1, 1955. Parks, only his second client, was arrested on a Thursday and the case was quickly slated for the following Monday. Gray prepared the case over the weekend, while the activists in the community simultaneously prepared for the Montgomery bus boycott. Realizing the boycott needed a spokesperson, they enlisted the help of Dr. King, who until that time had not been active in the civil rights movement. Gray argued the case for the next year, until finally achieving legal victory in federal court, ending the boycott after 382 days.

The attention drawn by Dr. King during the boycott prompted state authorities to charge King, who had left Alabama, for perjury in connection with filing a false tax return, of which he was acquitted. Of the achievement, Gray said, “We had a good team together and were able to get an all-white jury in the middle of the sit-in demonstrations in the spring of 1960 to end up finding that Dr. King was innocent of perjury.” Gray went on to explain, “I think that was one of the most important cases because he was now protesting the Vietnam War. If it had come out that, while he was leading this new civil rights organization and at the same time he’s cheating and wouldn’t pay his taxes, it would have been devastating.”

In the decades that followed, Gray’s legal work in the 1960s included paving the way for redistricting and reapportioning legislative bodies across the nation with the “one man, one vote” concept; getting court-ordered protection for marchers as they walked from Selma to Montgomery to present grievances as a result of being unable to vote; one of the first civil rights actions brought to remedy systematic exclusion of blacks from jury service; and integrating all state institutions of higher learning in Alabama under the control of the state Board of Education, as well as most elementary and secondary school systems. In the 1970s, Gray served as counsel to preserve and protect the rights of those involved in the infamous Tuskegee syphilis study and has been the moving force in the establishment of the Tuskegee Human and Civil Rights Multicultural Center. 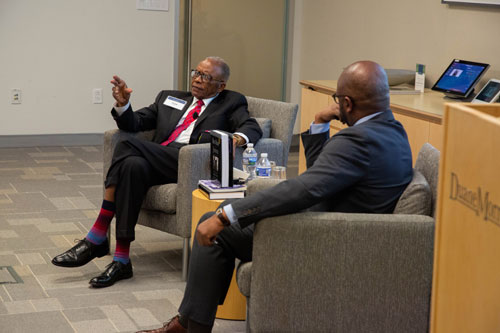 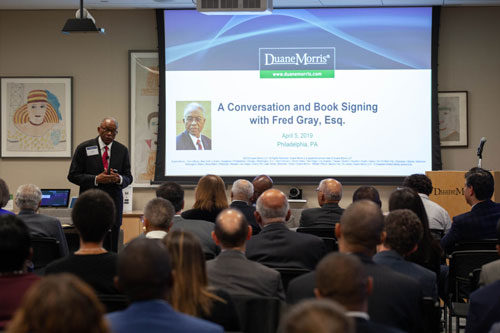 Fred Gray shares stories about his landmark victories during the civil rights movement. 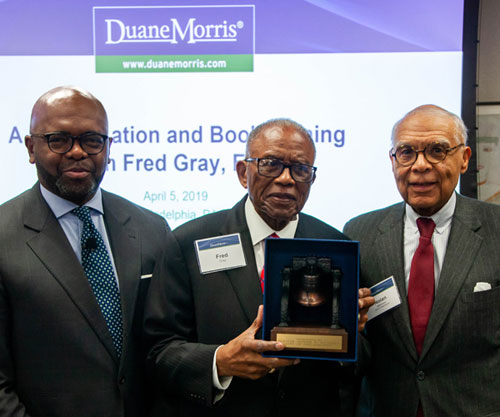 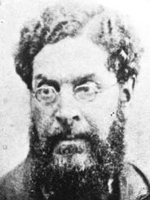 George Boyer Vashon was born in Carlisle, Pennsylvania, in 1824. His father was an abolitionist who was a well-respected leader in the black community and the abolitionist movement. As a teenager, Vashon co-founded the Pittsburgh Anti-Slavery Society in 1838. He was the first African-American to graduate from Oberlin College in Ohio, where he was class valedictorian. Vashon apprenticed for the law in Pittsburgh under Judge Walter Forward, who was later U.S. Secretary of the Treasury.

Despite of his qualifications and academic achievements, Vashon was not allowed to sit for the Pennsylvania bar exam due to his race.

Instead, Vashon moved to New York and became the first licensed African-American attorney in that state. He then taught in Haiti; practiced law in Syracuse, New York; was a professor at New York Central College; and later returned to Pittsburgh, where he became a principal at African-American public schools and served as president of Avery College. He again petitioned to sit for the Pennsylvania bar exam, 20 years after his first attempt, and was again denied. Vashon moved to Washington, D.C., where he was admitted to practice before the U.S. Supreme Court. In 1867, he became the first black professor at Howard University. Vashon became a professor of ancient and modern languages at Alcorn University in 1873.

More than a century and a half after being denied admission to the bar in Pennsylvania because of the color of his skin, Vashon’s great-grandson Nolan N. Atkinson Jr., his firm Duane Morris and others set out to right this historical wrong, finally winning official recognition from the Pennsylvania Supreme Court and getting Vashon admitted to the state bar in an official ceremony in 2010.

When the Minority Corporate Counsel Association awarded Duane Morris with its prestigious Innovator Award in 2012, the MCCA renamed the award after Vashon. Duane Morris has also gone on to keep the pioneer’s legacy going by hosting the annual George B. Vashon lecture series, which has seen academic leaders, federal judges, legislators and others speak on civil rights and social justice issues.

During Nolan Atkinson’s nearly 25 years at Duane Morris, his focus on his thriving commercial litigation practice never prevented him from making sure he used that position to continue the work of people like Vashon. Atkinson, a participant in the 1963 March on Washington, was instrumental in the Philadelphia Diversity Law Group, Inc., a consortium of law firms and corporations committed to increasing ethnic and racial diversity in Philadelphia's larger law firms. He was a tireless contributor to the Conference of Minority Partners in Majority Corporate Law Firms, a constituent entity of the Commission on Racial and Ethnic Diversity in the Profession of the ABA and numerous other groups focused on diversity. He was the first Chief Diversity Officer at Duane Morris and served in that role for eight years.

Fittingly, when the City of Philadelphia wanted to establish the role of Chief Diversity and Inclusion Officer, Mayor Jim Kenney turned to Atkinson. Since 2016, Atkinson has brought his energy to knocking down the barriers that had historically kept the city’s large workforce racially and economically divided and creating a culture that attracts talented, diverse leaders to Philadelphia government.

About Duane Morris and Diversity & Inclusion

Helmed by Joseph K. West, who succeeded Atkinson in 2016 as Duane Morris’ Chief Diversity and Inclusion Officer, the firm’s diversity and inclusion program is managed with the objective of utilizing the best talent worldwide in solving legal problems. The firm recruits a diverse pool of lawyers that collectively possess an awareness of cutting-edge 21st century issues—legal, social and economic—for which clients require solutions. West has stated, “We see our robust approach to diversity and inclusion not just as a critical part of the DNA of the firm and essential to our business, but also as central to our every interaction with each of our clients. It allows us to engage with existing and prospective clients, with existing and prospective employees and with every aspect of our public engagement where we consistently emphasize that diversity and inclusion is part of the fabric of our firm and that it informs every aspect of our internal and external relationships.”

West, in addition to being an active litigator representing domestic and global companies, is a nationally recognized subject matter authority in the field of diversity and inclusion, and leader of the firm’s unique Diversity and Inclusion Consulting Group which focuses on crafting sustainable diversity and inclusion programs and solutions for corporate entities. Earlier in his career, West successfully leveraged his role as Head of Global Outside Counsel Management at Walmart to establish and meet diversity and inclusion goals through its outside counsel spend, for which he is recognized as being at the forefront of building the business case for diversity. He also facilitated the company’s role as an initial signatory to the Inclusion Initiative with the National Association of Minority & Women Owned Law Firms. West went on to spend five years as President and CEO of MCCA, tripling membership in the national advocacy group for corporate diversity and inclusion issues. In 2019, West was the recipient of the inaugural Lifetime Achievement Award: Diversity & Equality from Chambers and Partners. 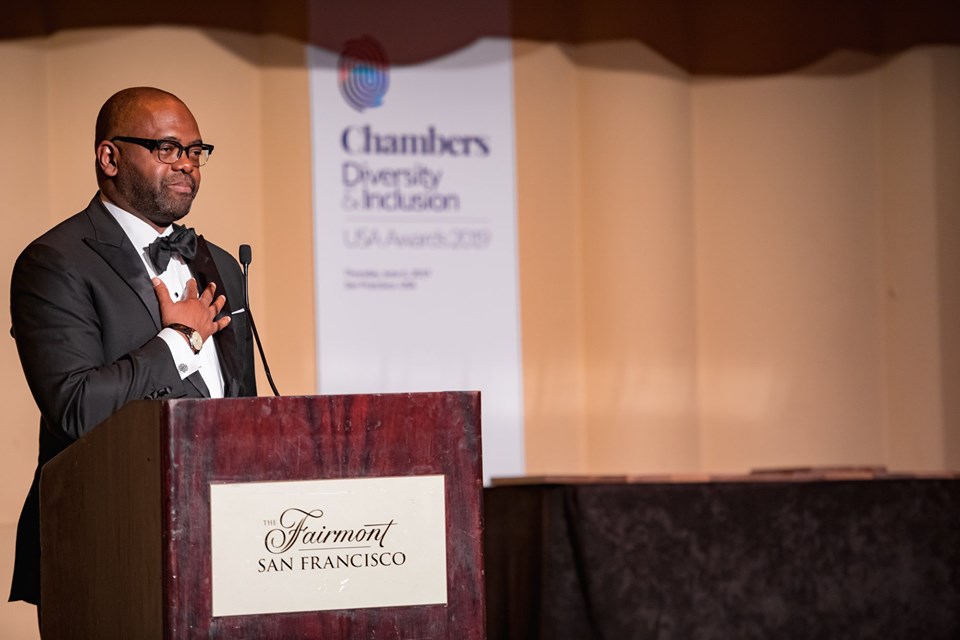 Duane Morris lawyers are available on short notice to provide information and insight on business and legal topics.