Attorney at Duane Morris from 1988-1990
Currently S. Samuel Arsht Professor of Corporate Law at the University of Pennsylvania Law School 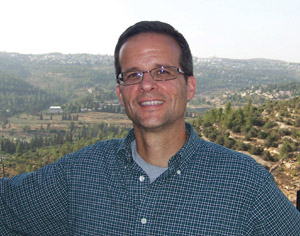 David Skeel, the S. Samuel Arsht Professor of Corporate Law at the University of Pennsylvania Law School, left the Firm in 1990 to pursue an academic career. He is considered a top scholar in the field of bankruptcy law.

Q: Please describe your latest book, The New Financial Deal: Understanding the Dodd-Frank Act and Its (Unintended) Consequences (Wiley, 2011).How do you hope it adds to or changes the conversation about the Act?

A: When the Dodd-Frank Act was first enacted, many observers contended that it was an incoherent, sprawling mess. I argue in The New Financial Deal that this actually is not true. The Dodd-Frank Act has two very well-defined objectives. The first objective is to better regulate the instruments and institutions of contemporary finance—the "instruments" refer to derivatives and other sophisticated financial contracts, and the institutions are the giant banks like Citigroup and JPMorgan Chase. The goal is to limit the risk of these instruments and institutions. The second objective is to limit the destruction caused in the event one of these institutions does indeed fail, as Bear Stearns, Lehman Brothers and AIG did in 2008.

In my view, the two objectives are precisely the right objectives. Unfortunately, the strategy for addressing them is deeply problematic. Rather than attempting to reduce the dominant position of the largest banks, the Dodd-Frank Act establishes a partnership between the government and the largest financial institutions. I have tried to draw attention to the dangers of this "corporatist" approach—which is often called "corporatism"—and to encourage regulators to rely on bankruptcy when a systemically important financial institution fails, rather than on the ad hoc, regulatory intervention contemplated by the Dodd-Frank Act.

Q: What are you working on now?

A: I'm working on two different kinds of project at the moment. The first is a short, quirky little book defending the truth of Christianity; the second is a series of articles, and possibly a book, trying to develop a general theory of when bankruptcy should be an option for people, places or things. One of the things I've concluded in working on the bankruptcy project is that the arguments for allowing states or countries to file for bankruptcy are much like the arguments for consumer bankruptcy (think of state lawmakers as somewhat like teenagers with a credit card), which are quite different from the reasons we allow corporations to file for bankruptcy.

Q: What is your fondest memory of working at Duane Morris?

A: I have so many fond memories of working at Duane Morris that it's hard to choose just one. Among my best memories are the informal late afternoon meetings in Dave Sykes' office, as we plotted out strategy in the Allegheny International bankruptcy case. Dave would lean back in his chair, and a group of us (I was the most junior) would share ideas and debrief on the latest bizarre twist in a very unusual case. The meetings reinforced the sense of team unity, and that everyone's ideas were valuable. I also have very warm memories of the annual retreats the Firm had in the Poconos back in those days.

Q: How did working at Duane Morris change your ideas about practicing law?

A: The biggest impression Duane Morris left was the sense of teamwork I alluded to earlier—the idea that practicing law well requires teamwork and relationships of trust. I was in awe of the partners I worked with in the reorganization department, but I never for a moment thought that the associates were simply carrying water for giants. We were part of a team.

Q: Tell us about your work with religion and the law and how it came to be?

A: I'm something of an oddity among legal scholars—an evangelical Christian who's also a law professor—and I suspected from the beginning that there must be a connection between my faith and my legal scholarship. I wrote about the relationship between the two occasionally in my first decade or so in legal scholarship, but then I started to write much more actively about these issues a little less than a decade ago. I think one reason for this was a sense of unease with the way evangelicals were trying to use the secular law in "culture wars" battles. I also was intrigued by the fact that while Christianity figured so prominently in public debate, there was very little evidence of Christianity or Christian perspectives in the leading law journals.