On October 19, 2017, Babson College honored Duane Morris attorney Richard J. Snyder, of the Boston office, and his wife, Marilyn B. Snyder, by naming the road leading to the Babson Executive Conference Center as Snyder Drive. 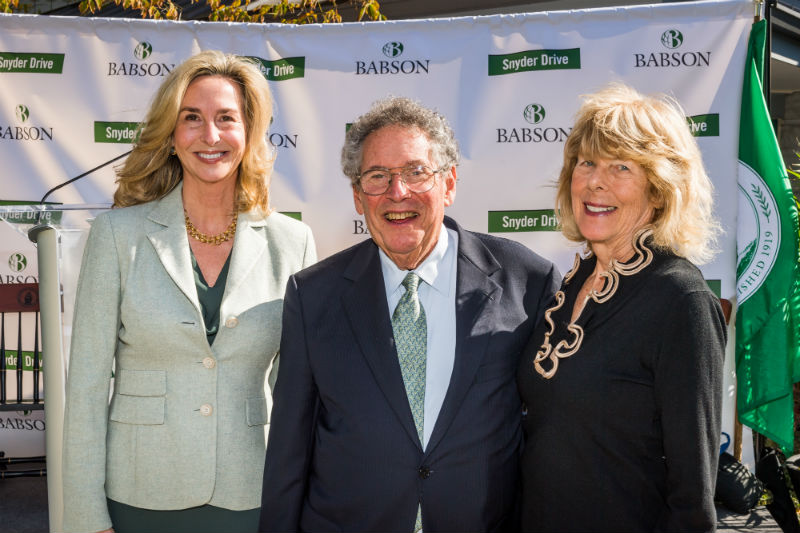 “Richard has played an instrumental role in the initial development of the Babson Executive Conference Center, which is why this honor–and the naming of Snyder Drive–is particularly fitting. The Snyders’ dedication to Babson is unmatched and I am thrilled to recognize their longstanding and unwavering commitment to Babson,” said Babson President Kerry Healey.